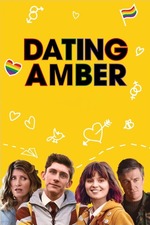 There are moments in this film that are absolutely heartbreaking (Eddie calling Amber a slur, Eddie finally getting to kiss a boy only to be spotted by someone he knows and freak out, Amber walking into school while everyone gossips about her), but there are also moments that are truly transcendent (the first moments of them spotting and going into the gay club, including Eddie being mesmerized by his first drag queen, Amber having her first sexual experience with a girl).

Never has a movie about fake dating or bearding been more poignant, funny, sad, uplifting than this one.

My only slight quibble would be with the ending, as I didn't get why Amber needed to give him the money she was saving. Sure she had a girlfriend now in the area, but the town is just as homophobic to her as it was to Eddie and it was her dream to escape. Besides his mom would have accepted him, he could have gotten together with the other closeted soldier guy, and honestly I think in the end even his dad would come to accept him (if that whole "men used to be harder then, they didn't show you they loved you" conversation that ended with his dad crying in front of him was any indication that he wasn't the same as his dad, even if he did make a couple shitty remarks earlier).

All in all there's something so amazing about queer community finding one another, helping one another, even when we might not deserve it for how we treat others (Eddie), because we understand what the other is going through, similar to what we've been through, and we get it like no one else can.