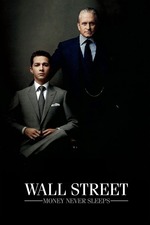 This has gotta be the funniest legacy sequel ever made. It makes perfect sense that reactionary man-of-the-times Oliver Stone would be attracted to a project about the Great Recession, and it is absolutely preposterous that that project positioned itself as an in-name-only sequel to a 1987 drama that was not very good to begin with. Imagine if they made a Blind Side 2: Taking a Knee in 2032 and Sandra Bullock was the only returning cast member, except it’s a thousand times more ironic because it’s a cash-grab sequel to a movie that was primarily concerned with condemning greed.

I find almost every detail of this movie amusing. How do we get people pumped about a return to the world of Wall Street? Obviously, we gotta bring back Michael Douglas in his iconic Oscar-winning antagonist role — only this time, he’s a gentler mentor who barely resembles the original character for 90% of the movie. And he doesn’t even feel like he was supposed to be in it! I seriously think this was a completely separate project that the creative team inserted Gordon Gekko into in a later draft, because all of his scenes seem laughably disconnected from the main storyline.

Anyway, the only other thing to carry over from the inexplicably-successful original movie is — you guessed it — a completely unfitting “This Must Be the Place” needle drop, and since it worked so well in the first one, we’ll also use, like, 10 other David Byrne songs on the soundtrack, because the definitive sound of the cocaine-fueled high-octane cutthroat investment world is gentle art-rock. Oh, and we’ll get Charlie Sheen back for an obligatory one-scene cameo that feels much weirder than just ignoring his character entirely. It’s like we’re printing money, baby.

The final piece of the puzzle, of course, is to center the whole thing around a new rising star. That’s right, the only guy that Hollywood could think to put into franchises between 2007 and 2011: Shia LaBeouf. His soft, boyish everyman vibe is perfect for this world, right? The checks are writing themselves. I genuinely hope they make a third entry 23 years after this one, with, I dunno, Millie Bobby Brown and Noah Jupe.