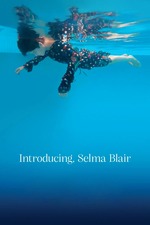 Among the many things Selma Blair speaks frankly on in a new documentary about her, her own acting career comes in for brisk treatment. “I never had the hunger to be the best actress I could be,” she says matter-of-factly. She’d have it now, she adds, though she’s not sure her screen career will ever resume. Blair’s tone isn’t sentimental or self-pitying, even if a certain wistfulness survives her candor. But her life is different now, and she sees its purpose differently. Since being diagnosed with multiple sclerosis in 2018, the star of “Cruel Intentions” and “Hellboy” would rather use her profile to raise awareness and understanding of a frequently mischaracterized disease, helping others with MS to feel less alone and agonized in their diagnosis than she once did.

As a stage in that mission, Rachel Fleit’s film “Introducing, Selma Blair” is eye-opening and empathetic — but it’s also intensely moving as a documentary in its own right, enriched by a human subject who appears to learn as much about herself in the course of filming as we do. Acquired for distribution by the Discovery Plus streaming service shortly before its virtual SXSW premiere, “Introducing, Selma Blair” makes good on its oddly punctuated title’s promise to construct a second first impression of a star best known as a wonderfully tart, snappy supporting figure in various millennial multiplex favorites. Fleit teases out human complexities in ways Blair’s acting roles (let alone the glib, invasive lens of celebrity culture) have not. Yet there’s a sense here, too, of Blair being reintroduced to herself, determining who she is after years of feeling, in her words, “less than” — with significant family baggage tangled into the exhaustion, anxiety and insecurity she felt in the years her MS went undiagnosed.

Read the full review on Variety.com

Variety is using Letterboxd to share updates and lists with their audience. Join here.