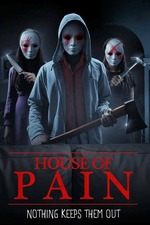 So not only was I so terribly wrong for judging Dustin Ferguson based off his Camp Blood sequels, but now I find out he’s gay?!! I had him so wrong I fucking love it! I mean it actually makes total sense now what with all the homoeroticism in Amityville Toybox and now this fun little indie movie about a white supremacist neighborhood who made a pact with the devil to keep their hood “clean” by sacrificing a minority family every year.

It’s stars hot dad bod Mark Popejoy from the aforementioned Amityville movie, has a cameo from Brinke Stevens, and most importantly stars Dawna Lee Heising, who is somehow a year older than my mother but thanks to the wonders of dermatological science has successfully told age to straight up go fuck itself and I legit fell in love with her watching this. Like I was gay crushing on her every move.

Y’all best believe I’m gonna be checking out all the Dustin Ferguson movies I can because there’s not enough I can do for misjudging his ill fated Camp Blood movies that were by no means representative of his ability.

This is exactly the kind of no budget indie gold I love for.