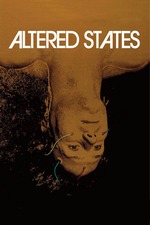 When I was 19, I had a really bad trip that resulted from me unknowingly taking a much larger quantity of acid than I realized. Yes, that is actually a thing that can happen. During this trip, I was inside a friend’s huge mountain house that I had never visited before and I became caught between life and death. I remember that life was beautiful and full of pretty colors and beautiful imagery, but in the darkened corners of that house was death and it was cold and ugly and completely void of any of the warmth that life contained. I tried to stay with life, but death kept creeping out of those corners and slowly taking over everything that was warm and light and good. I knew that if it got to me then it would swallow me in that dark, cold nothingness, but there was no place to go to escape it. It was everywhere. I had only done acid once before and wasn’t very experienced with it so I ingested too much to talk myself through the trip and I succumbed to my own hallucinations and it was terrifying. 12 hours of horror before I finally came down and after that, I was not right for weeks. I was withdrawn but also desperate to share my experience with anyone who could relate to it, except I was completely alone during that trip so there wasn’t anybody. I mean, there were other people there at the time, but we had all consumed such a massive amount of acid that we each became stuck in our own alternate realities so basically, we were alone.

I became very interested in movies that explored altered states of consciousness and this one was the most memorable. William Hurt’s character becomes obsessed with tripping because he thinks it’s going to bring him answers he desperately wants and I totally got that. As traumatic an experience as mine was, I couldn’t help but think that if I just did it again, it would bring me the answers or understanding that I was looking for. Fun fact: I did try it again, it didn’t, I was stupid, acid is not for me.

Anywho, rewatching this tonight I realized that it’s 5 stars to me for not just all those personal reasons, but because it’s a really great film with a totally unique, delightfully 🍌bananas🍌 story and some exquisite visuals. I was thinking that this could be a good candidate for a remake, but then I realized that those visuals are exactly the thing that would get fucked up if it were remade so nah.