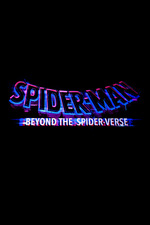 Holy. Shit. I knew it was gonna be good, but not this good. This movie transcends all movies, and is without a doubt the best movie ever made. The Tale of Princess Kaguya? Never heard of it. Let's start with the story, which seems generic on the surface, but as you look deeper into it, the insanely compelling storytelling, execution and characters begin to unfold. The journey to kill Mort and save the world continues, even though Foz is more hesitant to kill him, but he knows he has to. And Mort is hesitant to kill Foz and his friends too, making for a heartbreaking scenario on both sides - it's either kill or be killed. The great characters return too, and they're just as fun as they were in the previous movie. Roly gets a sideplot involving him building up the courage to face Mort's goons since they captured his friends, Sprig and Perry team up to raise an army to go fight Mort's army too, they're all just perfect. And the songs? You best believe they're transcendent too! The best one is this edgy boy band ballad parody by Foz as all his friends are captured, and he's at the lowest point in his life. There's also the song Sprig sings about shitting his pants which was a little weird but whatever its ok cause it slaps, and the ending number, which gives off a bittersweet feel. The day is saved, but Foz is down in the dumps since he killed Mort in the end, however, his friends tell him to keep moving forward, as there will be low points in his life, but for every darkness, there's light. And the non-musical scenes? They're amazing! The chaoticness of the bar scene, the heartbreaking feel the scene where Foz kills Mort gives off, oh, that scene is just perfect and the most transcendent scene in this already transcendent film. It should be illegal for a scene to be that good. But I have to mention the elephant in the room - the post credits scene. Seriously, what the hell were those G.O Giant and Godzilla baby hybrids? Oh well, aside from that, this movie was transcendent. I thank you, gods, for this wonderful work of art that shall be revered for eons to come.