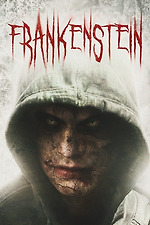 "'How strange, I thought, 'that the same cause could produce such opposite effects'."

A modern reconceptualization of a classic story is as dangerous a territory as they come for filmmakers. There's an inherent and imposing risk to crafting a tale that will inevitably be fairly or unfairly compared and contrasted with its fellow iterations. Add to that the fact that few source materials have been as thoroughly plundered as that of Frankenstein and his monster. Mary Shelley's novel is rightly considered a monument in the horror realm and to attempt to breathe new life into her masterful work is an incredibly daunting undertaking. To my delight and surprise, Bernard Rose's Frankenstein, as imperfect and plot hole-filled as it is, manages to do just that.

Aided by Xavier Samuel's committed and terrific performance, this film presents a visceral experience that proves to be utterly fascinating. I particularly liked how this, in the spirit of the novel itself, illustrates mankind's predisposition to violence and how perhaps the Monster isn't the one we should be afraid of.

This isn't everything I wanted from a novel take but it does some pretty great things with its minimal budget and is miles more memorable than most of its counterparts. The indie sensibilities employed work to its favor, giving the film an unpolished look that adds authenticity. The weighty meditations on humanity that writer-director Bernard Rose (best know for Candyman) presents here are effective throughout and keep this--at times outlandish--yarn moving.

Suffice it to say, this movie deserves more love than it's gotten. If you're even remotely interested in seeing a modern iteration of the story you know, do yourself a favor and check it out (pro tip: it's streaming on Tubi and IMDb TV now!).

P.S. Ever since I watched Love & Friendship, I've been jonesing for more Samuel features and this had been on my list for a good while so I figured what better time to check it out? Speaking of him, it may have taken twenty pounds of heavy makeup but they did the impossible: at some point in this, they somehow made Xavier Samuel less attractive.
P.P.S. It was cool to see Tony Todd reunite with the architect of one of his most iconic roles. His work here is a standout.

Scavenger Hunt 56 10/30 - 14) Watch a film that's been adapted from a British novel OR has been written by a British screenwriter.