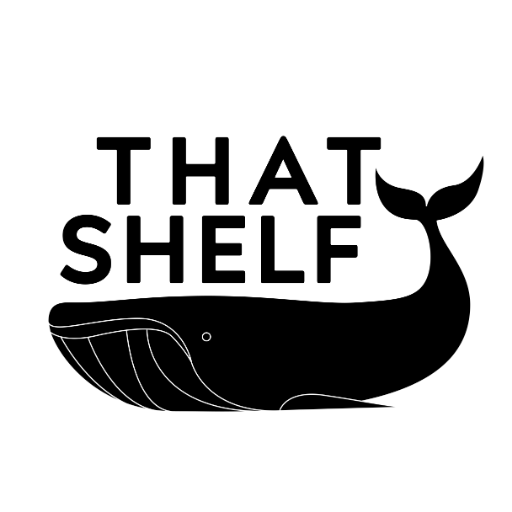 ThatShelf.com brings you the latest reviews, interviews, podcasts, videos, and opinions from the world of film and TV

ThatShelf.com is kicking old school with an at-home summer blockbuster retrospective. Looking at the list of the 50 best summer blockbusters, it’s apparent how much Hollywood has shifted during the prime summer months. Superhero movies and sequels define the 2010s, while standalone summer dramas are a novelty the further one gets in the timeline.

We determined the best of the best summer blockbusters using fairly simple criteria. A “summer blockbuster” was any film that opened theatrically between May and August and grossed $100 million domestically. Anything from Avengers: Endgame to Fahrenheit 9/11 was therefore eligible, which yielded an eclectic round of ballots. Some exceptions were made for April releases that had legs and dominated the summer box office, a strategy notably used by the Marvel movies, which began opening earlier year by year. (A protest vote for Battleship—a bomb domestically that had less of a b.o. problem overseas—was also accepted to negligible effect.)

Ten That Shelf contributors ranked their top 30 films with 30 points allotted to the top choice, 29 points to the second, etc. Over 100 films received votes in the survey with some franchises and directors scoring a generous amount of enthusiasm. Other series split the vote between entries. From surveying the list though, it’s clear that Shelf contributors have a few favourite things: car chases, Christopher Nolan movies, and Tom Cruise. Animation is also well represented here alongside a recent array of genre films. The top film, however, won the poll by a considerable margin after a neck and neck race in the first few ballots.

So without further ado, let’s pass the popcorn and celebrate the best summer blockbusters! Here’s hoping that we can all enjoy summer movie escapism on the big screen soon.

Read our full ranking on ThatShelf.com

The 50 Best Summer Blockbusters of the 21st Century, Ranked

Behind the Scenes of Disney’s Cruella: Canines and Costumes and Camp, Oh My!

Disney villains are a breed unto themselves and the most notorious of them all has to be the Dalmatian-hating, chain-smoking, lustfully murderous Cruella de Vil. As budding musician (and Dalmatian owner) Roger Radcliffe opines in the 1961 animated classic, “if she doesn’t scare you, no evil thing will”. Given de Vil’s longevity and continuing popularity, it’s no wonder Disney decided to give the twisted character her own uniquely cinematic origin story. Set to cover Cruella’s rebellious early days in 1970s…

Patton Oswalt on Paddington 2 vs. Citizen Kane, missing the movies, M.O.D.O.K. and more!

Patton Oswalt takes That Shelf Managing Editor Jason Gorber on a deep dive into his latest project, Marvel’s M.O.D.O.K, which he co-created with Jordan Blum. Premiering May 21 on Hulu in the U.S. (and on Disney+ in Canada), the adult animated stop-motion series is based on the popular Marvel Comics character of the same name.

Cannes Palme d’Or Winners: Ranking the Best of the Fest

The 74th edition of the Cannes Film Festival would be coming to a close this week, but the world’s glitziest and most influential cinematic event has been moved to July as COVID continues to wreak havoc with the industry calendar.

New to the Criterion Channel and at a loss as to where to begin?

The treasure trove that the Criterion…

In anticipation of James Bond’s return, the That Shelf team has collectively ranked all 24 official instalments in the Eon…

To salute the festival’s legacy, the That Shelf team endeavoured to determine the best of the Cannes Palme d’Or winners.…

We at That Shelf like to celebrate St. Patrick's Day year-round. Pour yourself a Guinness and let a little Irish…

Everything We Watched At Sundance 2021 24 films

It’s hard to narrow down movies that best define Christopher Plummer's film legacy, but here are 10 of his films…

Conceived as a love letter to gooey 80s body horror (especially the work of everyone’s favourite Canadian pervert David Cronenberg), James Gunn’s Slither is one of those rare projects that was designed to be a cult film and actually became one. Like all horror/comedies, it failed at the box office. However, Slither also debuted to shockingly good reviews for a horror flick and quickly wormed it’s way into every gore-loving sicko’s heart. It helped launch the career of the man…

Wet Hot American Summer: Ten Years Later is the comedy reunion we’ve been waiting for since 2001. As promised in the final scene of director David Wain and screenwriter Michael Showalter’s original off-the-wall summer camp farce, the wet hot cast of now-notable comedians have made it their beeswax to be at Camp Firewood in 1991, and the results are spectacular. WHAS: Ten Years Later is four hours of the best TV comedians sharing a set and making 90s flavoured inside…

It’s funny how the reputation of Teen Wolf has changed over the years. After being a surprise hit off the back of Back To The Future’s success and then a camp cable broadcast classic, it’s now somewhat of a cult favourite that inspired a steamy teen TV drama. It’s certainly a weird journey for a movie about an awkward teen becoming a popular werewolf, but then again there’s been nothing like it before or since, especially with a star like…

When Steven Soderbergh announced his retirement from feature filmmaking four years ago, most of the industry took it with a grain of salt. The prolific filmmaker’s “retirement” included directing a play, directing and producing two seasons of the excellent TV series The Knick, and filling the roles of producer and cinematographer on Magic Mike XXL. It came as no surprise when we found out he’d be emerging from this self-imposed exile and returning to the director’s chair for Logan Lucky.…

simultaneously one of the great action parodies because beyond the expertly crafted looney tunes visual gags, on a filmmaking level it's frequently indistinguishable from the real thing (god mctiernan) and one of the best movies about a movie star literally wrestling with their own hollywood fantasy image and myth. "you've brought me nothing but pain."

full discussion on episode 57 of my podcast SLEAZOIDS.

15-YEAR OLD ME: "Oh boy! A RESIDENT EVIL film and a remake of DAWN OF THE DEAD! I hope this means there will be a new wave of zombie films!"

*A FINGER ON THE MONKEY'S PAW CURLS*

Zack Snyder can craft a fun action scene, but I am baffled as to why he wanted to make ARMY OF THE DEAD.

It's a zombie heist film (There's potential there!), with a charming gang of actors (I do love Dave Bautista!), buckets…

it’s not that deep: joss whedon introduced and then quickly killed off quicksilver because he’s jealous of hot people. Like nice revenge stunt jackass but it’s not aaron’s fault that you look like a sun dried mr potato head

So weird, so Danish, and yet, not even Anders Thomas Jensen’s weirdest Danish film.