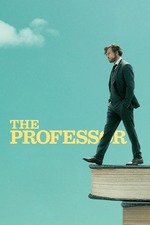 This movie is about cherishing life’s precious moments.

It turns out the best way to do that is to not see this movie.

There’s a good case to be made against that tiny but thunderous campus call-out culture, the one that mirrors the French Nobility’s wit for wit’s own sake, the one that piggybacks on the genuine need to hold the capitalist, racist patriarchy to account just to lazily substitute vitriol for activism and strips earnest compassion down to bone shards of self-congratulatory catharsis (a valuable tonic as that may be when combined with action.)

But I’ll be struck dead by the great spaghetti monster if this is the movie to make that case. Give me a fucking break with that.

Also: Short of the awesome Before I Fall, wasting Zoey Deutch seems to be an ongoing pre-occupation with Hollywood.