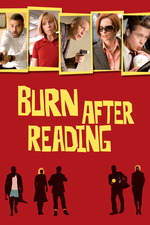 Burn After Reading is a Original and fun dramedy. This is definitely one of the Coen Brothers most underrated films. I’ve been wanting to watch this for a while now but it was never top priority in my watchlist. I was in the mood for a Coen Brothers film so I decided to finally watch it. The plot is unpredictable and really fun. The pacing is great there isn’t a single moment where it feels slow or boring. This film sort of reminded me of Fargo (which is one of my favorite films) but more of a funnier and lightweight Fargo. Every thing with J.K Simmons is great as well.

The acting is great Francis McDormand and George Clooney give great performances. John Malkovich and Tilda Swanson give pretty good supporting performances as well. Brad Pitt gives a absolutely hilarious performance and he steals the show. This is no doubt his most underrated performance he really should have been nominated for Best Supporting Actor at the Oscars that year. The direction is great from The Coen Brothers, they make the most well crafted and entertaining films. The script is from The Coen Brothers is great as well. The cinematography is pretty good and the score is pretty good as well. The comedy is great almost every joke lands, especially every joke Pitt delivers. The ending is a good ending and leaves you satisfied. Overall Burn After Reading is a truly underrated and great dramedy that is very memorable.