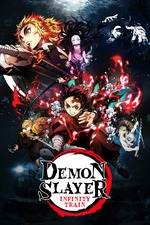 This was lots of fun to watch. That being said, it doesn’t stand alone as a movie that anyone can enjoy. It’s 100% a direct sequel of the first season of the show, and if you haven’t seen the show or read the manga then you won’t enjoy this movie. That obviously isn’t a criticism, it’s just something to note.

The fact that this outsold Spirited Away and became the highest grossing film in Japan doesn’t really say anything about the quality of it as a movie; it just speaks to the hype & popularity of Demon Slayer in Japan. To me, watching this movie was like watching 5-6 episodes of the show. For fans of the anime, it’s very entertaining, but as a movie it’s flawed.