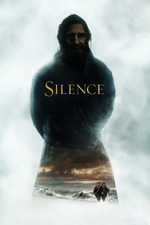 "Those five in the pit are suffering too, just like Jesus, but they don't have your pride. They would never compare themselves to Jesus. Do you have the right to make them suffer? I heard the cries of suffering in this same cell. And I acted."

I remember it vividly; like a memory still lingering fresh in the mind. It was my first time attending the sacrament of reconciliation, and I was just as nervous as the many other students lined up in waiting for their turn at the confessional. One by one, people entered and exited the booth with a degree of rebellion and solemnity. It eventually dawned on me that my time had arrived, and taking a leap of faith, I swallowed all of my anxiety and wandered in.

It was uneventful, really. I knelt down, went through the formalities, struggled to remember the Act of Contrition, thanked the Father after "go in peace" echoed within the chamber. When you're young, you don't realize the opportunities of confession, but its power, whether of structural gravity or genuine empathy, is immediately evident. As soon as I stumbled out, glancing back at the shortened line of classmates behind me, I knew I felt different, but I was unconvinced of the legitimacy of that feeling. My family took me out to dinner afterwards, and even then, celebrating such an act seemed odd, out of place, designed in retrospect to convey appreciation for a trial which (at that time) I was forced to undergo. In a Catholic school system, the superiors around you, both in educational and familial settings, do everything to morph required processes into supposed "personal journeys of faith", as if you're just as eager as they are to proclaim your love for God.

It's a realization that even faith-based organizations are just that, looming large and tossing aside compassion in favor of progress masquerading as building various connections of religion, which confused the younger version of myself, so much so that I went to confession *at least* five more times that month to confront those feelings. It was the beginning of the end. As the Father continued with discussion and attempted to answer my often indisputable questions, I grew further and further away from the light I was once told to follow, but I found peace in the darkness and comfort in the void. At the beginning of my freshman year in High School, I went to confession for the last time, and what sticks is the random priest's response to my statement that "God doesn't talk to me. I hear nothing." After a sigh and a pause, he simply replied with this: “silence is the loudest cry for love.”

Scorsese’s Silence is a reflection of this state; the wailing, crumbling emptiness felt when no answer is given. While Shūsaku Endō’s 1966 novel worked within the confines of communication and focused on the inherent tensions of language, Martin Scorsese creates a personal interpretation of its exploration of faith through sensual images, ambient sounds, and torturous displays of reverence in the face of persecution. It is a culmination of an entire filmography encased in fire, bloodshed, and lost, scorned souls in search of purity, but formally distanced as if Scorsese is saying a final goodbye to the themes which purge him. Each element – cinematography, costuming, locations, sound design – is a reflection of an artistic worldview surrounded by sin, and not only that, but a wash in cleansing seas of spiritual serenity. In the silence of prayer, there is no immediate answer, but Scorsese structures his usage of voiceover and the eventual voice of a Christ figure among the empty pockets of chirping birds and crickets, crowing roosters, screams of the anguished. The absence of sound is its own beauty and despair, but it only makes the arrival of loud, punctured horrors and a textured, omnipresent voice that much more enveloping, collapsing various perspectives of differing actions/beliefs into a sensory piece of singular proportions.

It is, quite possibly, the most elemental work of cinema since Malick’s Days of Heaven, and certainly up in the ranks with masterworks such as F.W. Murnau’s Tabu and Jack Arnold’s Creature from The Black Lagoon, but its modern flourishes evoke moments from PTA’s The Master and Paul W.S. Anderson’s Pompeii, a barrage of compositions mixed from the old and the new, all marked with the personal viewpoint of a master cinephile and an even greater cinematic mind. Even something as simple as a shot-reverse-shot setup captures the blinding setting Japanese sun within its visual makeup or the flickering fire of a lantern on a moonlit night in the ill-defined background.

And if Scorsese created several films out of sensations sent to the body with purpose, vigor, intent (Raging Bull is as physical as any film ever made, as is The Last Temptation of Christ.), then Silence showcases nature through a separate plane, blocking the Jesuit priests in obfuscation against nature’s momentous gaze. Fog, plants, waves of ocean water are all separate from the bodies of the missionaries, a decision to portray their pride in contrast to the turmoil of the faithful being killed for their beliefs. Andrew Garfield and Adam Driver are initially seen as luscious, determined Catholics with every answer, frustrated with the misconceptions of religion as translated through language and unnecessarily proud of their supposed passion for their faith, but people soon begin to die and God never answers their howls of distress. Such sensuality associated with individuals in tune with their belief system is then stripped bare, only to rise again in a moment of slow-motion which is one of the most beautiful moments I’ve seen in a movie. Scorsese mostly divides the frame through tactile cages and precise, swift camerawork, engaging the separation of pride and superiority via a strictly visual sense.

When Father Garrpe loses his life after attempting to save a group of Japanese being drowned to death, Scorsese doesn’t hide the distance between Garrpe and Rodrigues, capturing the eminence Rodrigues struggles to hide after he carelessly whispers “apostatize, apostatize, apostatize!” to himself even though he, at that moment, would never dare do such an act. Through physical depth and a watchful eye, Scorsese evokes the perspectives which bind and constrict individuals into leaping over the edge *with* their faith instead of believing they need to abandon it completely. It is a shameful story, one which angers someone of lapsed belief, especially because faith inflates those who are seemingly there for others only to turn their backs at the sight of horror, but it also fulfills many mysteries without even explicitly answering those questions. Did God really suffer beside Rodrigues? Or was Rodrigues utilizing the voice of Christ only for his own benefit, so that guilt couldn’t overflow within his heart? It is an integral piece of the original source material, but Scorsese molds these questions without explicitly showcasing the truth, instead framing and maneuvering the camera to reveal perspective and current states which cannot be stated, only felt. Inserts of a painting of Christ and the setting Sun attempt to reveal the essence of a God stirring within the souls of these characters, but also the distance and the confusion they find even when they die for their version of Him.

Neeson’s Ferreira is the bridge between those who are spiritually suffering and physically separated and those who are physically suffering and content in their beliefs, no matter the details of their faith lost in translation to their own language. Ferreira, in a sense, becomes the substitute to the voice of God before He speaks in His hushed, gentle tone at the film’s climax. Ferreira leads Rodrigues towards completing “the most painful act of love to have ever been performed.”, and it is fascinating in its intense divide between pride and the “submissive” act of human salvation. Why would a priest even ponder the idea of staying firm in the vocal act of belief when others are suffering? Why would he compare himself to Jesus Christ in the Garden of Gethsemane? Is he relating his priestly mission to one equating to God’s plan, God’s suffering, God’s ultimate act of redemption and grace? Scorsese does not judge, so who’s to say, but like Jordan Belfort in The Wolf of Wall Street, the evocation of his character and his path is unfiltered and analogous to his physical/spiritual presence. At the most, and this is more than enough, Scorsese lends his eye so that every imprint of a glance, every trial, every evil, every struggle is captured with the utmost honesty. Empathy radiates from the sky in equal measure, and even the man who beheaded another in the name of the law receives fair treatment from the lens of the camera.

Silence also revolves around Scorsese dismantling this idea of a singular God only to piece it together with life-affirming contentment. The figure of Kichijiro, played with a sly, haunted touch by Yôsuke Kubozuka, is a figure sculpted in the dreamy ramblings of Judas, but defined through various scenes of confession, displaying a visual evolution via the sheer subtle act of performance. Scorsese casts his doubts, fears, anxieties towards him, but the faith returns, forceful and vibrant, revitalized and potent. Confession is a place for forgiveness, and yet, it can be used for God-like acceptance (for you can continue to return to the priest which previously acted out the exact same formalities). Like a recurring line in the film’s tapestry, reducing devotion or apostasy to a formality strips the ramifications away, and Scorsese replicates it by repetition, detachment, and dubious choices of the visual/aural variety. The fog acting as a natural transition – freezing information and wiping it off the face of the earth (this comes back in a different, more material form during the final sight of Ferreira) – is one such example of mystery wrestling against the clear-cut dangers of Japanese imperialism, and of morality’s distanced relationship with God. The audience, through a pondering yet fluid mise en scène, is taken on a similar test, progressing towards a final mystery in the form of the final shot which, for some, has angered and for others, has moved to tears. No one can tell me what it means, and I surely cannot give you such an answer of closure, but the puzzle remains half-solved, tranquil in the sense that it’s still a mighty pretty picture all the same. I think I might go to confession again.