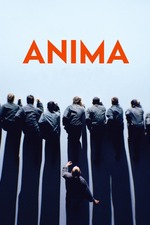 It's about a 40 minute train ride from my house to Manhattan. My neighborhood is a pretty boring place; Manhattan is the bustling capital of the universe. Just a 40 minute ride on the train.

For years I avoided it. Besides for the fact that it reeks of piss and is usually so crowded you can smell at least 3 distinct freshly processed lunches on the warm stinky breath of your fellow commuters, the experience of riding the New York subway always felt oddly subhuman to me. I think it's the dead eyes. Perhaps it's that everyone is blasting their earbuds at full volume to drown out the deafening white noise of the nonstop commotion, maybe it's that the underground is so unnecessarily labrynthian and everyone is in a confused hurry rushing to their destinations, likely it's a combination of the two, but something happens to people's eyes on the subway. Everyone regresses into themselves on the train, and you can practically hear the inner monologues in everyone's avoidant gazes and furtive glances.

It becomes an awkward hurried mess of a dance, where everyone holds their heads high and actively ignores, avoids, and tries to get ahead of everyone else, tries to get out of this godforsaken place and back into the world of the living as fast as possible. There's a palpable discomfort. This is not where anyone wants to be. This is just a commute. You can practically hear that, too, running across the panicked introverted expressions of all who pass through on a loop, as though a mantra. This is just a commute. It'll be over soon.

Recently, though, I've started to hop on the train fairly regularly. See, I figured out the secret: just put on my earbuds, and do the dance. In a weird way there is unity in the very dissonance of the experience, of everyone awkwardly experiencing the same basic everyday mundanity. Paul Thomas Anderson views this mind-numbing mundanity artistically, showing the commute as though passing through an otherworldly psychologically subhuman dimension, understanding the experience for what it is: frustratingly commonplace, and really fucking weird.