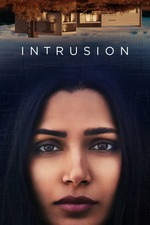 A movie about people who intrude into someone's house

And we never see them again for the rest of the movie!

TRAPPED IN THE HOUSE

So when I decided to watch this movie, and when I saw the cover and the house, I thought it's actually going to be like when a stranger calls, unfortunately I was very much mistaken. The beginning of the movie had a very slow set up, and what annoyed me the most wasn't the pacing, it was actually the reaction of the main character, she was reacting to everything very very slowly. When the people intruded into the house, I have to admit it felt very eerie but it was short lived by the main character's husband who's antics stopping the intruders. After that I was like; Was that it? I would have expected the entire movie to be about being trapped in the house with the intruders not the five minutes of it.

The rest of the movie was about the husband being so shady, I have to admit, if the pacing was faster it would have worked because the investigation was quite intriguing but then again her reaction was just so slow, from the the she followed him to the hospital, to the old town, till the party, what I did like was the moment she realised what was going on during the house warming, what really got me frustrated was when she discovered the lady tied up in the house instead of running to her to untie her was walking soooo slowly to her one really tiny step at a time saying hello as if she was going to answer with her mouth being gagged closed, like could you move a little faster. The ending against the bad guy was the slowest fight I have seen, it was so slow yet it ended with just one swift hit to the head and that was the end of the movie.

Overall this movie would have worked if the characters was acting abit more faster with a way faster pace, it was like everything was I'm slow motion, the cinematography was great for a B-list movie, there definately was some moments that definately stood out, the shots of the house was very disappointing, there was only one good shot at the end, the location was just as important as the characters because it was about the house being isolated in the middle of nowhere so it was a very disappointment, the sound made alot of scenes feel very boring even though there was some good scenes, I didn't know how to feel about the score because one or two scenes had a really good score where as others felt to boring. Unfortunately this movie didn feel that exciting at as I was watching it, and with its pacing issues, I don't think give a much higher rating.