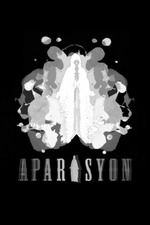 Heart wrenching haunting sophomore feature of Isabel Sandoval,her craft is a huge step up,her cinematic camera movements and shot compositions are impressive,it not only feel more subtle but more confident as well in its quiet visual storytelling of trusting the audience to understand the context and where characters are coming from,tackling the turmoil of Philippines during President Marco’s declaration of martial law through the perspective of a Catholic covent of nuns is not only unique for exploring a narrative about crisis of faith when the decision to isolated and stay away from societal affairs becomes almost impossible but also served to critique the painful hypocrisy and complicity that lies at the core of religious institutions.The upward trajectory of Isabel Sandoval’s filmmaking from her first feature to sophomore is incredible,the elegant way she sits with her shots and gently reveals the tender and painful moments shows a filmmaker that really understood the power of slow cinema deeply,there were many emotionally charged moments she could’ve gone more over the top but she instead let the power and delicate gravity washes over you,and I think that is particularly important for a film that depicts the guilt surrounding sexual assault and abortion cause despite the film being critical of the characters being complicit it knew that the inner turmoil eating them alive was even more potent than using harsh on the nose moral condemnation.The horror wasn’t what I expected of supernatural origins at all but instead is this suffocating claustrophobic atmosphere that fills you with this bleak and desperate hopelessness,the frustrations of kept being told to pray away the issues affecting you and how it led to even more disillusions towards ones faith and religious leaders.The performances are incredibly powerful&raw,the trinity of brilliant female performances of Dizon,‪Maria,Villavicencio are intimate and fully committed,the irreconcilable trauma that haunts them are convoy not just through amazing visuals but the nuances in those withdrawn expressions.It’s a difficult watch that seems even more relevant today but it’s also so incredibly well made that shows how Sandoval’s incredible touch of mastery in slow static shots and finding the poetic rhythm in it doesn’t come out of nowhere,I love her❤️ ‬