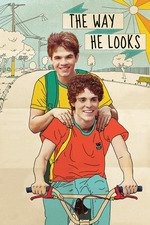 i’m going to tell you a story about me. i don’t know yet how it ends, but at the same time i don’t really want to. it’s about being strong, i suppose, but how it’s also okay to be weak, or to be soft, or to just be.

when i was twelve or thirteen i started to question my sexuality. it was always there - always - but only then, unveiled from the lies and perceptions that had been rubbed off onto me, did i start to realise what it was. so when i began to wonder, i began to search, and i devoured the first book of pretty little liars (and forgot about everything that didn’t involve emily and her girlfriend), and watched hoards of low budget youtube films in different languages, and even though i didn’t really know back then, i knew.

the thing is, it’s difficult growing up being lgbt. i think that i’ve always been in denial of that, as someone who wants to be one step ahead but is constantly chasing behind. back then, in every character that moved on screen or across the page, i found a way to search for myself and the way that my heart moved. it was easier, i think, to accept myself if i could breathe through someone else.

during this time i watched a film called the way he looks. i watched it once, when i was probably thirteen years old. in truth, i didn’t watch it as a film; i watched it as a plea, though i remember the comfort that i found in it. unfortunately, i also remember the pain - a lot of it - in wondering whether i would ever be able to find that stardust sort of love. in deciding to live my life though a vessel of hope, i could still never be certain that i had the puzzle solved.

so, fast forward five years, and i decide to watch it again. it’s not the first time i’ve considered it either, but i’ve been scared, i suppose. it’s silly, really, but i am always hesitant to flake away the linings of my heart; i know the blood will pour out quick. i don’t know if this is the best film ever made. it is wonderful, and it is filled with a soul that is certainly transcendent. i don’t know if it is the best film that has ever been made, but i know that it has helped me. i didn’t realise it until i watched it, but as i did it was like peeling back the layers until i reached a sweeter part of me: somewhere that would be kinder to myself when i am suffering, because i know that i have bloomed from a seed that could not have predicted me.

i don’t know what it’s like to have that fairytale romance just yet. the romance part in general isn’t really coming along too well either, to be honest. but as i was watching leo and gabriel, i knew that i wasn’t searching anymore. i don’t have to look for an explanation for who i am and who i love. i don’t have to wonder if that could ever be me, because one day, it will. so even though i completely broke down and spent the entire time crying, i couldn’t stop smiling as the credits started rolling.