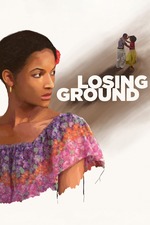 Sara (Seret Scott) is a woman limited much less by her internal regulators than she is those imposed upon her by her environment. Married to a man (Victor, played by Bill Gunn) who believes his profession as an artist authorizes him to obey his every impulse, and to expect others to shape their lives around his whims, Sara is framed as cold and rigid by comparison. Similarly, even her most admiring students view her in relation to her husband — even in a profession in which she excels. she is not allowed to stand alone.

In reality, there's far more to Sara than others see. Her academic examination of ecstasy is engaged and passionate, not the ironic dive into everything she lacks as which it's seen by her husband and others. Sara is curious about the world and herself, thoughtful and patient in ways her husband either can't or won't understand.

And so, in an effort not to change, but rather to be seen, Sara accepts an acting job in her student's thesis film. Suddenly, she's playing a more glamorous version of the woman she already is, a seductive, clever woman who express herself with through her body. Alongside a stranger (the wonderful Duane Jones as Duke) who arguably is the only man to truly see both sides of her — both literally and figuratively — she is confident and, crucial, as controlled as ever. The only difference is that now she's controlling a body and situation that are conventionally sexy, so her behavior is interpreted as free and open by those who witness the scene.

Victor's belittling, intentionally cruel "I always forget you can't dance" to his wife after she returns to their summer home with Duke in tow is perhaps the film's most explicit confirmation of Victor's inability or unwillingness to see and know Sara. She already is the person he thinks he wants, it's just that he's not interested in looking beyond his own ego and the painted facade he's created for her, the one that reduces her to a bloodless automaton unworthy of his commitment.

Also, the first half of Losing Ground (the best part, for me) reminded me intensely of Jess Franco's best work. Not in terms of content (obviously), but because of how much it relies on creating a very specific feel and tone. That first section is completely immersive in the atmosphere it creates, and it's really wonderful.