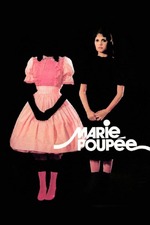 With this film, Joël Séria predicted the emergence of people like Valeria Lukyanova and Venus Angelic, individuals who dedicate their lives to looking like dolls. At the same time, he looked back to Pygmalion, the mythological case of agalmatophilia—the attraction to statues, dolls, or mannequins.

This film looks like a drama at first glance, but it's actually a horror story wrapped in pink lace. It surprised me several times. Early on, I thought Marie and Claude, two unusual people, just happened to find each other. It might not be healthy or sustainable, but perhaps they suit one another.

I didn't pick up on Marie's young age—I thought she was closer to the actress' real age, which was 25—or her restricted mental state at the beginning. This made everything creepier in retrospect. As we progress through the film, we quickly realize Claude isn't just a man with uncommon predilections.

The bedroom Claude creates for Marie stands out as one of the strangest, most memorable aspects of this bizarre story. I would have liked more of those details that felt completely unreal or artificial. That dollhouse bedroom proves the filmmakers were more than capable of plugging in the weird generator.

Marie is literary in its subtle character arcs, with most of the running time spent in Claude's house. Even with two hours to play with, the story fails to truly develop. Perhaps this was intentional, related to Marie's own failure to mature, but at the end I thought I must have missed something. The sudden departure into magical realism feels unearned, which is a shame, considering that's the road I wish the movie had taken. If they intended the story as an allegory, I'd have preferred it be more dreamlike, more fantastic. If it's meant to be taken at face value, I'd have preferred a more interesting story.

An interesting film, and one I enjoyed. It's so off the beaten path, I have no idea whether to recommend it, and, if so, to whom. If you decide to give this a shot, know that there's no bizarro explosion waiting at the end of Marie's slow burn. It's a subtle, unnerving journey that ends suddenly and without going anywhere. Much like this review.