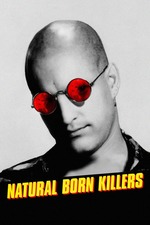 Definitely had a lot of fun with this but I struggle with it slightly as well. There's enough talk about media and public perception that the film clearly wants to be able to claim to be a satire. At the same time, it's so few and far between and the film is so revelatory in its portrayal of violence that it can't be looked at as deeply as it suggests. This is very much a work that wants to have its cake and eat it too.

With that said, the sheer technical prowess was enough to overpower any confusion I had with the film's delivery. The colors. The backgrounds. The flashes. The editing. THE ANIMATION. It's all great.

Anyway I really enjoyed this. It's stylistic and shows extreme technical talent. I just wish it balanced out itself more.