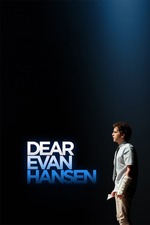 I think this might have been the single most unpleasant experience I’ve ever had watching a movie. I was sort of expecting this movie to be of the “so bad it’s good, ha ha you can laugh at this”  variety but instead this movie just brought me a real sense of despair.

The entire ordeal kind of reminded me of the movie Stand By Me. You know, like how the kids are all so excited to see a dead body like it’s this epic sight to behold and then they see the corpse of a child and they realize just how fucked up and morbid it was to even want to see something like that.  This movie isn’t just bad, but it’s like a special kind of bad. The sort of movie that permanently damages your soul. I feel less alive after seeing Dear Evan Hansen. It’s sort of left me speechless.

I’ve been really looking forward to seeing this movie ironically. I saw Cats 4 times in theatres. I asked my mom and my girlfriend to go see this with me and they both declined. My girlfriend was like “why would I ever spend money on an unpleasant experience” and I was like “because it would be fun!” and she was like “you and I have very different definitions of fun”. She was right. I should always take her advice on these matters.

So I get my tickets several days in advance.  I go to the closest AMC to my house, which is still like a 40 minute drive but whatever. I love seeing movies in the theatre!  Folks, I have never experienced such a bad movie theatre screening. The projector kept flickering. The speakers were blown out so like I could barely make out any of the lyrics to the songs. I’m not usually a “I could have a better experience with my TV at home” guy but boy fucking howdy this theatre SUCKED. I should’ve probably complained to a manager. I’ll probably fire off a tweet to their customer service desk. But the whole thing just stung, especially because they showed that cringey commercial with Nicole Kidman talking about how great AMC is before the movie. Like literally fuck AMC. Worst job I ever had.

But even if I was seeing this at like Alamo Drafthouse or an Arclight where they give a shit about projection quality. Even if I was seeing this at the fucking New Beverly Cinema on 35mm film, I truly don’t think it would’ve made seeing this movie any less of an ordeal. I honestly am sort of grateful I saw this with piss poor screening quality because I felt less bad about checking my phone during the several boring parts of this movie. At one point a little after the grandiose barnburner song my shift got cancelled tomorrow because– I kid you not– there was a massive outbreak of a virus that causes diarrhea at my place of employment. Somehow that feels like an apt descriptor of this movie— a boring mess punctuated by a sudden outbreak of diarrhea.

Jesus christ what the fuck.

Even ignoring the fact that Ben Platt fluctuates between looking like a Saturday Night Live character and a sex offender, his performance is truly just a fucking nightmarishly awful portrayal of mental illness. I could understand how his performance might work on stage where you have to perform for all the cheap seats, but his performance feels so campy and disturbing in the context of a naturalistic indie drama.

And okay, as someone who is mentally ill and horribly anxious and literally takes the medicine that Evan Hansen’s character is prescribed. This truly felt so horrible to watch. Like it honestly felt like his performance was making fun of me specifically.  When my mental illness is at its worst, I worry that I am being perceived like Ben Platt in this movie. And like, okay, not to make this whole thing about my bullshit— but that this movie came out around the 3-year anniversary of my suicide attempt just kind of added insult to injury. I can’t imagine anyone empathizing with Evan Hansen. I just left feeling like the world sees me as a freak. Maybe I’m overreacting but it sucks to feel dragged like this.

The music itself sucks and is boring. It truly feels like royalty-free christian rock. I am a big defender of La La Land, but I’m realizing now that I was never drawn to the music of the show and was instead just kind of drawn to it’s vibe. The style of the movie is so lifeless and staid.  Like I could see how this would work on stage with a little bit more energy, but as this fucking drab fluorescent-lit made for TV ass shit it just doesn’t work at all. Actually, I don’t even want to say this looks made for TV.  Literally every Disney Channel Original Movie I have ever seen is more cinematic than this wannabe prestige thing.

You can see the glimmer of an Oscar in all these people’s eyes. Now Ben Platt is gonna be the first person to win a Tony and a Razzie for the same performance. This movie isn’t even fun to hate-watch. It’s like the cinematic equivalent of a car crash or the fucking challenger explosion or something. It’s something I’ll never unsee. I wish I could just Eternal Sunshine this out of my brain and go back to being excited about watching Ben Platt look 40 in a sea of teens.

I’m gonna go like clean my room and take a shower I need to take better care of myself and not choose to subject myself to experiences like this.