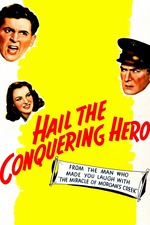 If this isn't Sturges' best, it's probably his funniest. How the hell did Eddie Bracken not become a major star after this? Hell, that scene at breakfast after having his epiphany alone should've catapulted him, but he's spectacular throughout. So too, is the script, which is loaded with brilliant one-liners and great supporting characters. A particular favorite was the soldier without a mother constantly sabotaging Woodrow. Certain elements aren't as wonderful, like Raymond Walburn as the mayor or Bill Edwards as Forrest Noble. When this goes away from Bracken and the central conflict, it faulters and the laughs dwindle. Overall though, it's a riot and Preston Sturges' most underrated film.

The Last House on the Left