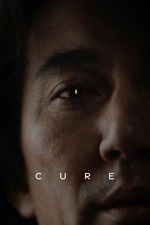 The differentiation of our selves in response to the different needs of our lives: work, home, family, friends, and other less-obvious roles we unconsciously fulfill. And this is greatly beneficial, allowing us to morph and adapt ourselves to the proper context necessary for the situation at-hand. But between these different masks we wear are fissures, the space that doesn't fit neatly into one or the other and remains suppressed, un-presentable. The conscious mind ignores them, pretends they are errant thoughts that come and go, but they had to come from somewhere inside our selves.

A hypnotist can't make you do anything you don't want to do, so what does it mean when you do it anyway? The act is consummated and clarity kicks in; what was the reason you did it again? You cannot remember and you cannot explain. Do you really lack a motive?

Many are already familiar with split-brain syndrome but for those who aren't it is when the connective tissue between the two halves of your brain is severed, traditionally as a treatment for epilepsy. Once this is done the bridge that normally allows communication between the two is gone: when these patients are shown an image only on the left visual field, they are unable to verbally name what they have seen. What happens then is each half begins to operate independently of each other, a person reaching into the closet wanting to get one shirt but the hand (belonging to the other side of the brain) returning a different one.

It seems like splitting the brain then leads to splitting the identity, but it is more accurate to say that our brains have always contained a multitude of identities that the reasoning center retroactively makes explanations for and so provides the illusion that there is one single identity. When the bridge is cut, explanations cannot be made, and so strange impulses begin to appear because one half of the brain cannot explain the actions of the other; or, in other words, our minds have always had these impulses and always rationalized them, we just don't see these fissures until our brain literally becomes fissured. And that other half of your brain, the other identities you unconsciously stuff in the cracks, are just as much 'you', have always been you.

So, it's asked once again. Do you really lack a motive?