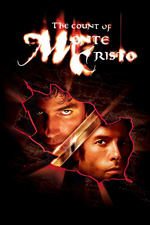 When I saw the cast for this movie and the year it was made, I knew it wouldn't be good. My suspicions were confirmed. The producers wanted to take a classic novel and shoot a salacious film that doesn't match the source material. As the hot air balloon carrying the count landed at his party, it was clear that the filmmakers didn't fully understand the character, nor did they care.

I will say I was glad to see an expanded list of characters, but Edmond Dantes's motivations made for a generic love story. This film could have been much more. I don't expect a two-hour movie to cover every aspect of the Alexander Dumas book, but it would be nice to see the basics of the plot preserved. I would respect it more if they change the character names but built certain aspects of the original story. If you are looking for a love story where the protagonist gains back things he lost while gaining more, this film is for you.