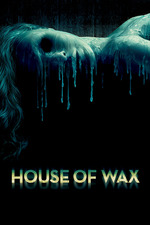 This remains one of my absolute favorite films of the 2000s and it exemplifies a lot of what I truly love about this era for horror, particularly when it comes to this brand of remake. The scene with the grate outside the service station and the finale in the wax house are some of the most odd and inventive sequences to come out of Hollywood in the decade. It's notable that this was released the same year as Hostel and Wolf Creek and almost works more as a blend of the two (moreso than it resembles the Vincent Price film), yet this never gets discussed alongside those when people talk about innovative, dread-fueled 2000s horror. Which is weird, since to me, this is arguably even better than its peers. It aims a lot higher than most, and it actually works, managing to exemplify some sort of grotesque peak of off-kilter horror remakes. The idea to even make this film at all was so thoroughly bizarre, and the direction it takes — a backwoods ghost town slasher somewhere south of Tourist Trap — is delightful through all the absurdities it manages to pull off. Sadly, a significant chunk of House of Wax discourse comprises gawking at Paris Hilton's involvement, because somehow that's a drawback? I had a film professor who claimed to be a horror fan but refused to watch this solely because of Paris Hilton's part, and I can't imagine missing out on this for such a ridiculous reason. I love this movie so much.