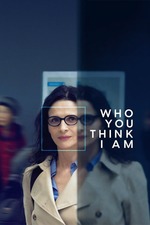 A 50-something divorcee is a professor of French literature, but appears to be unacquainted with the works of Colette (and Dorothy Parker, mais elle est americaine). Disappointed by a recent liaison with a toyboy, she infiltrates his social media network under a pseudonym and a younger woman's pictures--and develops a mutual, powerful fascination with her ex's roommate. Pavlov would gasp at the depiction of Facebook as a provider of intermittent reinforcement and reward that has left Claire/Clara addicted and craving the dopamine hit of just one more response from Alex.

This story is framed by Claire telling the sordid tale to a psychiatrist--but that old devil Unreliable Narrator soon turns out to be in play.