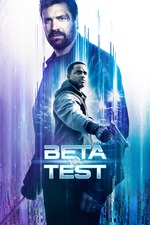 Watched this to get into the mindofjson mindset and I gotta say after swigging from a stale bottle of 90% rubbing alcohol this movie started to make a lot of sense. Better than Gamer, which is what this is ripping off.

On the surface, this seems like some direct-to-redbox schlock that isn't even worth the plastic the dvd is made out of, but trust me, this is one of the most thrilling action films of the past decade. Does it include a dramatized school shooting? Yes. Does the soundtrack sounds like it was ripped off from a Peacock-exclusive cop drama? Absolutely. Is there a thrilling katana fight on a skyscraper balcony at the climax of the film? Brother, there sure as hell was. Suffice it to say the film was not the only one to climax the moment Dollar Store Gerard Butler unsheathed that Hanwei Practical XL in front of the gamer CEO.

Now, excuse me while I change out of these tighty whities before the wet spot in the front gets all crusty.