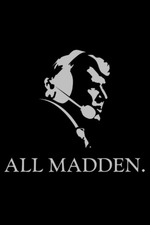 Love and hate are so close to each other it’s quite often funny. For a couple of generations Bobby “The Brain” Heenan was almost to professional wrestling what John Madden was to football. The performative and pre-determined nature of Heenan’s industry aside, he embodied as much as possible what it meant if managing professional wrestlers was an actual career to aspire to. Bobby saw it all as one in the same, and that he had as important a role as the match going on in the ring. Namely, building up the hate for the villain of the match. For over two decades he managed some of the very best who could get the kind of heat on their own, but would recognize the value Heenan brought to their package. Because quite often the matches he would be present for were at the end of the card, or were focal points of any given show, whether it was as a young man working the Indianapolis territory for Dick The Bruiser, or the World Wrestling Federation for Vince McMahon.

There were prices to be paid, especially during the time when wrestling’s scope was of a more regional nature, before the 80’s mindset and the explosion of cable television meant more exposure but at the cost of some of what made those territories thrive for so many decades going back closer to the beginning of the 20th century. His role as the heel manager meant he was quite often the center of the storm of the hate of the audience. From being booed to being pelted with debris, to even being shot at, he stirred the emotions of the audience to such a degree but also made him a top name in a business that was, within its more localized spheres in America, becoming big.

When he came to the WWF in 1984, he lead the new wave of managers including recently retired tag team champion for Vince’s father Mr. Fuji, and later Jimmy Hart, who made his name in the Memphis territory after a career as a 60’s one-hit wonder with The Gentrys. In the coming years such outside presences like Slick, Sensational Sherri, Brother Love and others completed the picture set by the in-ring talent fans flocked to see like Hulk Hogan, Randy Savage (with Miss Elizabeth, his then-wife, as part of the “Macho Man” package), and Andre The Giant. It would be Hogan and Andre’s confrontation at the massive WrestleMania III that would be Heenan’s greatest moment too, but throughout the show he is a consistent presence and subtle reminder of the stakes at hand. He is no less committed in the two undercard matches he is at ringside for, and definitely not when he makes a brief appearance in the announcers booth alongside Jesse “The Body” Ventura (for whom Heenan was originally going to manage, were it not for Ventura’s Agent Orange coming back to haunt him physically) and Gorilla Monsoon (retired wrestler, now the WWF’s lead commentator and a consistent presence backstage, which to this day in WWE is referred to simply as the “Gorilla” position, named for the spot before coming out where he would give the finishes).

From 1986 until his leaving the company in 1993, the next stage of Heenan’s legacy took shape as he became part of the announcing crew, somewhat controversially at first replacing Ventura on an episode of NBC’s Saturday Night’s Main Event, the first wrestling on a major network since the 50’s and the brainchild of McMahon and NBC executive Dick Ebersol. Ventura was well-liked by Ebersol, but his job was in dire jeopardy after it was revealed to McMahon (apparently by Hogan according to McMahon himself during the court proceedings from a lawsuit brought on by Ventura against the WWF) he was planning to unionize on behalf of wrestlers in not just the WWF, but of their competition. He would ultimately be fired four years later, with Heenan making up much the slack.

It was a year later, in 1991 when Bobby would go full-time as an announcer retiring from managing (citing a bad neck, injured in 1983 and finally operated on earlier that year), and a year later from that when I started watching the WWF and beginning a life-long love of the art form of professional wrestling. He had his own chemistries with the varied announcers such as Gene Okerlund (who first worked with Heenan together in the AWA, who’s personable interview style complimented both his time in the WWF and later in WCW), Lord Alfred Hayes (again worked in the AWA, but in Hayes’ position as wrestler and eventually as a manager himself), Sean Mooney (no prior experience in wrestling, but became a welcome face in the company during their prime years of the late 80’s), McMahon (started calling shows at Madison Square Garden in the mid-70’s when his father owned the company, and was the lead announcer on SNME with Ventura and eventually Heenan on it’s last two episodes when it went to the fledgling Fox network) and Monsoon, with whom Bobby was the John Madden to his Pat Summerall. But also so much more.

Their on-screen partnership was brought together by the circumstances of Jesse Ventura filming Predator for director John McTiernan and 20th Century Fox in the fall of 1986. On the USA Network’s flagship show for the WWF, Prime Time Wrestling Heenan took Ventura’s spot and developed a chemistry with Monsoon that took on a comedic flavor that was always entertaining but never underplayed the seriousness of the company’s various storylines between its talent. By the time of his retirement from in-ring activity he focused full-time on announcing, but with the WWF’s sudden acquisition of Ric Flair, working then for rival company WCW and before that the Crockett territory of the southeast and many more points otherwise as NWA champion, it provided Bobby as much opportunity to bridge the gap between manager and announcer the way Madden did as a coach for the three decades he was the voice of the NFL.

Nowhere is this more evident then in the 1992 Royal Rumble match. The match was created five years earlier by Heenan’s friend and legendary wrestler Pat Patterson, who by this time served the company in a creative capacity as McMahon’s right-hand man and sounding board for ideas and talent. A battle royal with fresh wrestlers coming in every two (or so) minutes, soon it was a pay-per-view sensation and this year by having the company’s championship it raised the stakes for fans in contrast to previous years where the match had no such brass ring but bragging rights of winning the match itself before. The list of men in the match is a who’s-who of 80’s wrestling stars (Hulk Hogan, Roddy Piper, Randy Savage), territory greats (Jim Duggan, Ted DiBiase, Kerry Von Erich), future headliners and Rumble winners Shawn Michaels and The Undertaker (who’s scene-stealing finale in 2007 were a prelude to their two great WrestleMania matches just a few years later), former world champions for McMahon’s rival promoters Verne Gagne (Rick Martel) and of course Jim Crockett, in Flair himself who as the third man to come down to the ring lasted over an hour with those men.

As impressive a physical feat it was for fans to see an athlete of Flair’s condition last an hour in a WWF match, which up to that point typically never went over 15-20 minutes and if they did they often lacked the intensity of something like the 3 matches Flair had with Ricky “The Dragon” Steamboat in 1989, it was also an impressive showing for Heenan to evoke the desperation that is less like John at the big game, but more like a gambler down to his last money betting on a horse he knows is a winner, with the kind of references a man not really from Beverly Hills but the rougher terrain of Chicago and Indianapolis can only conjure. By the time Ric wins the match, dumping out Sid Justice, the last 80’s steroid case musclehead McMahon pushed, Heenan makes you believe he is either a comedic genius or a man convinced of his own doom if his man did not win.

He’d go to WCW in two years, where his style so finely honed for the WWF would often be pruned or sacrificed, partly lost to so much of the mismanagement that ultimately became the company’s undoing in 2001. Two years prior to that, I met him at a record store signing promoting a WCW house show in Fort Wayne, IN. I asked him about a quote I read attributed to him in 1975 in the Los Angeles Times about a fan who died at a show in the city’s Sports Arena. Forget the exact quote, but needless to say it was reflective of his then-animosity with the audience that would spill over from his accepted role as heel once his safety was in jeopardy. And perhaps reflective of how much he hated the place where he worked.

For recognition of many such sacrifices and the joy and laughter he willingly would make himself the ass for, he spent the last years of his life a beloved figure to the industry and to the fans who grew up despising him while also not above laughing at some of his at turns coarse (he’d probably be canceled today) irreverent, flat, jubilant or exasperated delivery in interviews or indeed in his commentary. The cruelest irony of all is how much of his voice the cancer took, even if without its full power he was still able to own a room.

The connection so far to the All Madden documentary is tenuous I know, but there are a few connections I made watching this genuinely moving look at his life. Bobby did all of that and was married to the same woman until his death in 2017, and also a devoted father to their child. Madden had some of the same values clearly, when you see the way his adult sons talk about him in the sort of awesome reverence real men with big hearts have. The same for the many players, coaches and other people in the NFL he affected and who were interviewed for this.

Bobby was beloved by pretty much anybody he came into contact with, delivered on a consistent level of commitment that only a professional can contain, and had a love for his chosen family of the fraternity of professional wrestling that never wavered. Equally as so he never forgot how it provided for his family from a young man in the territory grind to the bright lights and the world over watching him. His loss, to whichever company he just left, was so noticeable it turned me off to whoever they sought to replace him. And the product has not been the same without him, as it was changed when he first came along.