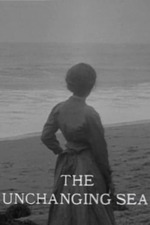 "Love has its reward"

Indeed it has it.

Silent films have slowly grown on me after watching one of the Lumiere Brothers works and Chaplin's movies right after that. These films depend entirely on the acting, for words cannot transmit a single thing if they're not linked to its emotion.

Despite being romantic, I dislike romance films in general for their sometimes unrealistic settings and the decisions of its characters, not to even mention those in charge of the script, probably because now we can hear them talk, and while words deliver, they have to be accompanied by a good background and the right act for it, which unfortunately I haven't seen lately, with the exception of a handful of movies. This film makes in less than 20 minutes what those films don't do in more than an hour.

It takes a poem and illustrate its meaning in such a beautiful and realistic way, that the poem goes to second plane, at some point I just wanted the words to disappear for the rest of the film and watch what happens.

Linda Arvidson really does her job at playing the wife of the fisherman, if you take a look to her eyes through the film, you can see how their hope slowly vanishes, to the point that her body only goes to the sea to wait for the man, in a mechanical way, moved by the rests of what was his happy wife.

Mary Pickford, despite having a small and short role here, it served the incredible purpose of reflecting what was once the happy and hopeful wife, now a mother. She's vibrant, innocent and adventurous. You can easily make the comparison and get nostalgic over the film's start. When this daughter gets married, the world of her mother crumbles with her abscence, for it seemed to be the only thing that kept her going.

Then comes the ending, and it was perfect, precise, it takes its good amount of time, so the emotion goes big. I confess, it made me tear up.

And as you watch the sea, you can notice, it's really unchangeable...

Marvelous direction and writing! The film has the decent technical aspects of the age, and I just got nothing else to say.