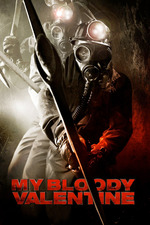 Somehow they thought making the story more convoluted, messy, and stupid would be better for this? Really? Like most of these horror remakes there is not enough changed to be interesting but every change there is making the story for the worse.

Like the attempts at """"humor"""" are just fucking terrible. As well the cinematography here is just shit, it looks so cheap. On the plus side its never bad to have Tom Atkins show up so there's that, that's about it though.

The 2000's seriously were some of the worst times for horror, this movie is just another example of that.