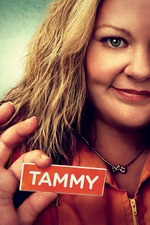 Tammy, the new comedy co-written by and starring Melissa McCarthy, is a hell of a lot better than anyone had a right to expect. In light of this, perhaps we can take a moment to think about the film and its star as participants in the ongoing tug-of-war we call feminism, even if you might not immediately think of Tammy as some kind of statement in the culture wars. Indeed it's not, but part of what makes McCarthy such a welcome comedic presence in the cinema has a lot to do with a kind of everyday, lived-in feminism — a rare projection of general comfort with her zaftig form.

Continued at the Nashville Scene.

Not Michael is using Letterboxd to share film reviews and lists with friends. Join here.