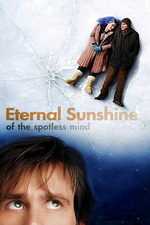 Eternal Sunshine of the Spotless Mind 2004

Here, just for the record, are the lines from Alexander Pope’s Eloisa to Abelard from which a new movie takes its title:

How happy is the blameless Vestal’s lot!
The world forgetting, by the world forgot.
Eternal sun-shine of the spotless mind!
Each pray’r accepted, and each wish resigned.

Generally speaking, it has not been deemed worthy of comment by those who have written about the movie that the phrase Pope applied to the untroubled conscience of a nun — the Vestal virgin, though a pagan Roman phenomenon, was often used a prototype for the various orders of Roman Catholic sisters like Eloisa’s — is applied in the movie to a ghastly new therapeutic technique for washing out of the brain all memories of a sexual "relationship" gone bad., so that the subject, or patient, can make a completely fresh start with someone new. Charlie Kaufman, who wrote the screenplay of Eternal Sunshine of the Spotless Mind with the director, Michel Gondry, must have known that the word "spotless" as used by "Pope Alexander," as the dippy Mary (Kirsten Dunst) puts it, meant "without moral stain." It had to be, then, with a certain sense of irony that they chose to make the phrase mean something quite unimaginable to Pope: namely an antiseptic consciousness unspotted with memories and so capable of living entirely in the present.

Kaufman and Gondry are agin it, by the way. What a relief! In the best tradition of the more literary sorts of science fiction — see, for instance, that recent pair of Spielbergian book-ends, Artificial Intelligence: A.I. (2001) and Minority Report (2002) drawn from the works of Brian Aldiss and Philip K. Dick respectively — scientists who mess with your mind invariably claim to have your best interests at heart and are invariably up to no good. But there is a moral dimension to the new film, hinted at in the quotation from Pope, that goes well beyond the ponderous pieties of A.I. and Minority Report. We’ve known since Frankenstein — the book, not the movie — that it is a very bad idea to play God with human life. If you remember that Mary Shelley’s subtitle was "The Modern Prometheus" the lesson goes all the way back to the ancient Greeks. What is less clear is the point at which therapy becomes presumption upon the divine purpose.

In other words, maybe eradicating bad memories, assuming it were possible, would be more like burning out cancerous cells than it would be like creating artificial consciousness or manipulating minds to produce guaranteed moral outcomes. Surely if Joel and Clementine, the two lovers of the film played by Jim Carrey and Kate Winslet, have freely chosen to have their memories of each other erased they are only exercising a form of control over their own lives that we would all exercise if we could? Kaufman and Gondry’s answer to this question is that it may be so, but that you can’t limit the process of memory-removal to the bad and painful memories. Dr Mierzwiak (Tom Wilkinson) requires a complete removal of the good memories along with the bad, so that it is as if the couple has never met. A whole chunk of their lives has been simply obliterated.

As science fiction, this is cheating — I mean, assuming for the moment that all science fiction isn’t cheating. Why suppose that the procedure is limited in this way? If you can imagine a doctor who can cure you of selected memories, why not just imagine him capable of making the selection a little finer and more precise? But Eternal Sunshine is not really science fiction, an exploration of possible worlds. It is, rather, a metaphor for our own world. Its most moving moment comes at the end when the hero and heroine with their freshly washed brains meet again as strangers, fall in love again and suddenly, unexpectedly discover what has been done to them — what they themselves have chosen to do. The disgruntled Mary sends them tapes of themselves in the interviews at which they asked to be relieved of the mental burdens occasioned by memories and resentments of each other just as they are about to embark on a new relationship with each other.

Listening to these tapes, both weakly insist that they cannot possibly imagine thinking such things about the terribly attractive person they now once again want to believe in. "I really like you. I hate that I said mean things about you." In this instant, therefore, they are given a double perspective on their lives. At one and the same time they can see each other as they did when love was new and when love had become swamped with anger, petty annoyances and the hurtful recriminations these things give rise to. The result is a revelation. We all know the difference between the hopeful beginning and the embittered end of a relationship. It is, in a word, trust. While we believe in the promise of happiness with another person, we overlook his faults, her shortcomings. Little things remain little things and doubts only arise for their benefits to be lavishly given. Later, when hope has been disappointed, it takes trust with it. Doubts become certainties and every fault, every rough spot and irritation grows from insignificance to such a size as to cut us off from any further hopes of happiness.

All the science of this film’s science fiction is really there just to allow Joel and Clementine this moment of insight which, had we sufficient moral imagination, we all might share without any help from Dr. Mierzwiak and his black arts. In that instant the lovers see their lives sub specie aeternitatis — all at once, as we must suppose God sees them, rather than day by day, year by year, as we are forced to live them — and the juxtaposition of hope and love with bitterness and distrust makes it easy for them to choose the former over the later. Here, in short, is a sort of playing God that is not just OK but is morality’s highest achievement. Nor does it require some scientist’s magic potion. All that side of the picture is played for laughs because its real concerns lie elsewhere. The title’s "spotless mind" thus has a double meaning: the hygienic mental cleansing the characters think they are going to get and the moral epiphany they actually do get — which, mutatis mutandis, would be recognizable to Alexander Pope. Or Pope Alexander, for that matter.