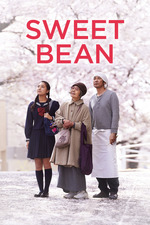 this movie reminds me of so many things from my childhood...like this disabled man who was known as “ông khùng/dỉrect translation:crazy man” by everyone in the community, who did nothing but took laps around our town all day every day. he was famous among the elders (who loved him) and the kids(who feared him). my bà ngoại (grandmom) was friends with him but used his name to taunt me every time i was bad, she would tell me things like if I continued to be bad he would come kidnap me cook me and eat me. i spent my entire childhood terrified of this man. i knew the hours he would be out- twice a day once after lunch hour and once after dinner hour. each time i saw him i ran home as fast as i could. he would occasionally stop by my house to share neighborhood gossip with my bà ngoại and i would be so scared id run inside and hide behind our cabinet. i would only come out of hiding when bà ngoại signaled to me that he had left. u have to understand he was completely deformed in his looks: a flattened face wrinkled skin and no hands although he was quite young i think. im unsure of his medical condition but to a young ignorant child he did not look human he was a monster. him as a living person haunted me; he was my real life bogeyman. it wasnt until later in life when i learned how to be more human myself that i also learned he was quite a nice person. all my memories of him he has this giant smile on his face and maybe even a kind pair of eyes. i had a generally shitty childhood and if i was given the opportunity to change only one thing about it, it would be how i treated him.