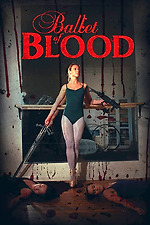 I'm not sure what happened here... I watched this a week or two ago. Twice. The production is poor, the transfer is jittery, and the set locations are minimal. I respect what they attempted here, it just wasn't very successful.
This film barely qualifies for "low budget" status.
On the plus side, even though their performances varied, and most were not very good (or were down right awful,) the actresses themselves are attractive, so that's nice I suppose? There was the human puppet thing, and a nude nature dance, and guns. I think there was a plot?
Overall, it wasn't a very satisfying watch, but I respect independent cinema and the effort that was put forth here. We all start somewhere and this team proved that they can produce a film. Kudos.