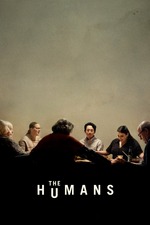 At first I was very confused with what the ending meant, but I think it was all of the characters being confronted with their fears

The dad was alone and in the dark: lost his family and the people he loves

Favorite character was Richard by far, love Steven yeun!! He was so sweet and funny and it made me feel bad when bridge would make weird and slightly rude comments about what he was doing like let him be. She also kept doing that to everyone it was annoying like stop criticizing people, especially for something that they love!!

She annoyed me but she also had her deeper anxieties that we learned as it went on, and we can see how she is criticized by her parents too.

This movie was funny and good subtle, dry, witty sense of humor. It felt very real and I was a little put off by the camera but I liked it. I like the movies of people being people. Momo’s letter was one of my favorite parts and basically sums up the way everyone is currently all worried about their problems. She’s like everything I was anxious about then is so small to me now, idk how I was anxious about that. Puts it into perspective.

Also this was a movie about family coming together, used thanksgiving as a way to do that. I think they were eating in one scene