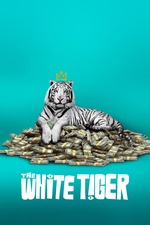 The White Tiger is a great character driven film that shines a light on how difficult it can be to just survive in some places. I am not in general a fan of films driven by voice over narration, but The White Tiger uses it well, largely due to the fact that the film is built on the protagonists thoughts more than his actions.

The film is perhaps a bit long, and the resolution happens a bit too quickly, but it is never boring. Writer/director Ramin Bahrani has an energy and passion that keeps the film flowing despite the lack of any truly likable characters.