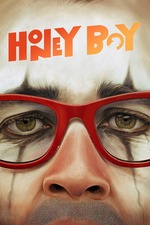 Honey Boy is clearly a film that comes from the heart. In fact, much of it feels like a therapy exercise, with Shia Labeouf playing his own father in order to come to terms with his past. The film is an engrossing watch, and a look into pain and trauma from a very personal point of view. The acting is strong all around. Labeouf himself has the showiest role, but Noah Jupe and Lucas Hedges also turn in very strong work, playing a slightly fictionalized version of Labeouf himself at different ages. This film is the latest in a string of performances that prove Noah Jupe to be one of the stronger child actors working today. It is a touch ironic, though, that this film's criticism of acting as a career for children features such an intense performance from a child making a career of acting, although hopefully the film could educate people about how difficult it is to grow up in the entertainment industry.