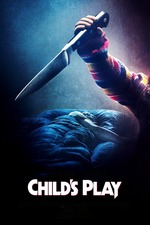 I will say this, Child's Play is significantly stronger than I ever thought it would be. While I do not agree with this film's existence, especially when the creator of the original series is still doing projects with the character, it's clear that nobody involved in this remake was phoning it in. There's a clear sense of effort from the acting right down to the cinematography. It's also admirable that the film tries to be it's own thing. Though the film does take the "killer doll" concept, it changes the context of the concept, creating it's own mythology in the process. However, this change takes some of the "character" away from the film's antagonist. This means that the character is less creepy and hatable, leaving the film somewhat hollow. It's a fun film, but likely not one that will stick with you