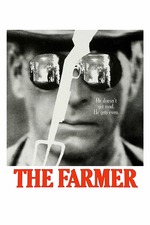 Our movie opens with a montage of historical footage, set to FDR's Infamy Speech. America has just been through a politically turbulent time and Kyle Martin, coming back via train to his hometown of Overbrook after serving, is trying to make sense of it all. Although Kyle comes home a silver star hero, he's not about to be treated like one.

While onboard, he encounters a bartender who refuses to serve a black veteran due to a racist company policy ("No Coloreds or Indians....Company policy"). A man of strong moral conviction, Kyle stands up for him, saying that a man who serves should not be denied a drink. Unfortunately, this act rouses the attention of racist hooligans who confront Kyle ("Listen Bojangles...go to the back of the train!"). An all out brawl ensues in the cabin, resulting in Kyle getting tossed from the train.

While Kyle recieves a warm welcome from Gumshoe, a family friend who has been tending the family farm, he continues to find that things are in dire straights: the farm is producing no money and the bank is ready to repossess. Kyle begs them for an extension, and they graciously give him time to get his finances in order while the bank teller appeals to the bank's board of leaders.

Later that night, big time gambler and mobster Johnny O takes a midnight drive through rural backroads when his car goes careening off the road, flips over and lands on Kyle's farm, pinning him down. The commotion awakes Gumshoe, Kyle and the family dog, who see the burning wreckage and pull Johnny out from under to safety, right before the car ignites and burns into the night sky. Kyle nurses him back to health and Johnny recuperates on his farm, (in one scene, he sees a Scarecrow with Kyle's uniform and Silver star. He asks him about it and says "Why would you decorate a scarecrow with a silver star?" And Kyle flatly replies something to the likes of "To teach the crows how to say "Hero"). Johnny phones his girlfriend, Betty, a loud and brash floozy, at a bar and informs her of the  news and to meet him at his apartment. This attracts the attention of Weasel, a sleazy goon who works for a rival mobster and openly lusts after her. Weasel inquires about Johnny's finances concerning an upcoming race and the money he owes his syndicate boss Pasinni, and Betty exchanges several barbs (many "your mother" insults are said here) before throwing glass and walking out.

The next day, Betty waits for Johnny O at his apartment and as he arrives with his associate, she offers him a drink and a meal, while he informs her of his plan to cheat on a rigged horsing race put on by the rival mobster. Betty becomes concerned, she doesn't approve of his plan and informs Johnny O about Weasel sniffing around her, asking about the money Johnny owes to his boss. Both Johnny and his associate seem unconcerned and Johnny provides Betty with a 15,000 check for Kyle. He tells her to drive to the farm and deliver it to him personally, because he assumes that's what saving his life is worth. Betty dutifully does as she is told and both Farmer Kyle and Gumshoe rejoice, though Kyle doesn't care for Betty's seedy presence and dismissive attitude, and he has no problem telling her so ("Get your ass off my farm!")

Unfortunately, more trouble brews for both parties: the 15,000 isn't enough for the bank, who demands the payment from Kyle in full. Johnny O's horse race scheme works but unfortunately raises suspicion. One day, Weasel follows Johnny O around, and when Johnny leaves his car unattended, he rummages around and finds a ticket stub for the winning race and walkie talkies. He reports this back to the boss, who doesn't take the news lightly. The following day, three of his goons go to pick up Johnny at his apartment for a impromptu meeting with him. Johnny would much rather visit him alone but the goons are armed and flash a gun, so Johnny follows them, but not without packing a gun himself.

They lead him to a warehouse, where the Mafia don tells Johnny that one of his men (Weasel) found a walkie talkie and a ticket stub. In gorey fashion, the don lifts a door to display Johnny's dead associate, who has been made a battered and bloody example of what he does to cheaters. Johnny punches one of his men out but not before being held down and strapped to a table. In a rather agonizing scene, they pore acid over his face, permanently scarring and blinding him.

At the hospital, Betty informs Johnny that she knew about his associate's death and tried to warn him. Johnny makes a request of her: he asks her to go back to the farm and asks the Farmer to perform a hit on the men who did this to him. Betty is skeptical ("But he's a...he's a big farmer!")but she goes back, apologizes for their awkward first encounter and explains to him why she's there. She tells Kyle that he'll be compensated 50,000 for the job. Of course, its more trouble then what Kyle can handle, and since the farm has been put up for sale by the bank, he informs her that the money will be of no help to him anyway.

As Betty and Kyle grow closer and become lovers, Weasel begins to follow Betty around. Refusing to let go the object of his obsession, he one night follows her to the farm while she goes looking for Kyle. He chases her into a horse stable, where he brutally rips her clothes off and rapes her. Meanwhile, Gumshoe sees the commotion and tries to help Betty. Weasel kills him and then lights the horse stable on fire. Kyle returns to the farm, and drags Betty our from the flames. Unable to put the flames out, he loses everything.

Left with nothing but his anger and training, he saws off his shotgun, laces his bullets with cyanide and hunts down the mob associates one by one. In one scene, he kills a gang member with cutting wire. He pushes a peeping mobster who is watching undressing women with binoculars out a window. Of course, as gangsters continue to drop like flies, an alarmed Weasel decides to kill Johnny O in retaliation by posing as a nurse and injecting him with poison. He also hires a hitman to take out the Farmer, (the assassin's identity is concealed) but this doesn't change his fate. After Betty finds out about Johnny O's death, she informs Kyle and meets with him at a restaurant, unaware that she had been followed by Gangsters. Farmer Kyle locks them in the yard surrounding their warehouse, as he takes each remaining member out one by one. Meanwhile, Betty is followed back to the Farmer's new land by the hired assassin. Farmer Kyle arrives after killing all the men, and the assassin hides in grass, ready to take his shot.

However, when the assassin recognizes The Farmer, this changes his fate. For the assassin is the same man that Kyle defended on the train. The black Veteran mutters something to the effect of "My apologies to Shirley Temple" and drives off, leaving the Farmer and Betty to live amongst the chickens and their horses, happily ever after.

Location of film source: The film was presented to me in 1.33 aspect ratio from a VHS source that had been tranferred to DVD. It seems to me that this film might have possibly been donated to the school from George Conway's private collection. Staff was incredibly accommodating and provided me and my party with assistance and a personal screening room.

Film Quality Score: C+
Unfortunately, the picture quality is rough and dark in certain areas, and as this is a pan and scan copy, it is evident throughout the video. The film source has several scratches and cigarette burns throughout and the film's audio sometimes sounds uneven, with the musical score often competeing with audio tracks, rendering dialog ineligible. Film did not seem to be restored before it was transferred to VHS. Nonetheless, despite these issues, the film can still be followed along. Shots are cut along the sides to fit framing and several frames have slight warping.

Verdict: This is a film that absolutely satisfies. If you are a fan of Death Wish and regional genre films, you will love this, as it is exceptional movie.  Do whatever you can to see this movie.