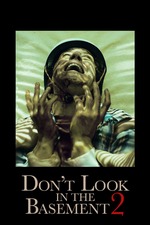 Though it has the style and mood of your average cheap-jack DTV project (overly bright and bland lighting, pokey pacing, lack of visual texture, etc.), this one's a bit more interesting since it's a bona fide sequel (four decades later!) to the S.F. Brownrigg sequel, directing by his son no less. An incredibly pokey opening act eventually leads to some fun bits of grue and a few wince-worthy moments (a throwaway bit involving a syringe to the eyeball is way too realistic for comfort), and the conceit of bringing popsicle-loving Sam back as the main tie to the original film is a good one. You could certainly do worse, but watch all of the Brownrigg Sr.'s stuff first.