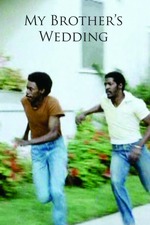 This isn't quite there, but it's almost there, and I think it's there in the ways that matter. Charles Burnett has an enduring taste and eye for texture. I can't think of a shot in this that doesn't have some wrinkle, some grate or pattern that stands out from the smoothness elsewhere in the frame and lends the film a roughness far more sensuous and suggestive than your usual "grit." You can't teach that. The pacing seems a little haphazard, but not where it most counts, and his eye for detail and space is exquisite enough reason to get over it. Did he ever try his hand at outright nonfiction? I find myself increasingly curious about Burnett's seemingly documentary, microscopic vision of L.A., curious as to how his sense of urban totality can be so simultaneously broad and intimate. Rather than sprawling panoramas, Burnett pushes his narrative, and his sense of the city, outward with glints of history and prehistory: the black migration from South to North and West, the growing encroachment of drugs and increased mass incarceration, joblessness, and, of course, the long-standing interpersonal tensions sewn by the rest of these things. For all their lack of outward despair, there's no sense that the people here, especially the young black men fully given to the tides of this changing neighborhood, can really "make it," is there? I guess there's marriage. And at one point, a woman says "I thought we'd eat like white folks tonight," portending another universe of concessions one might make for survival. Is this his darkest film?