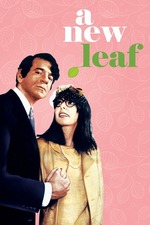 Elaine May is ridiculously talented (writing, directing, and starring here), and Walter Matthau is pitch perfect in this role.

Elaine May's Henrietta is a sweet and gentle foil for Matthau's grotesque Henry, but I cannot help but be shocked by the film's reputation as a classic romantic comedy. The genre classification is absurd.

This is a caustically subversive story in which the best a woman can hope for is that the man who spends their entire relationship plotting to murder her might have a change of heart at the last moment and begrudgingly accept her existence--but still control the narrative.

Also, is there anything more hilarious than newly-unrich Walter Matthau visiting all his old country club haunts and muttering "I'm poor" while saying goodbye.