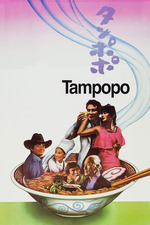 I love food, cooking and worldly cuisine just like my best friend. But there is one difference. I can taste, eat, smell. He has not been able to do this for some years now. But this didn't stop him from looking for ways to continue with his passion for food. He knows much more than I do about cooking (and even more about Japanese cuisine), he reads a lot about it, has a stack of cookery books and has seen all the good cookery programmes and YouTube channels on cooking. As a real chef, he leads his mother who has to prepare the dishes the way he says, every now and then during the cooking process she has to come and show how it looks and explain what she did to him and he gives then recommendations to make the dish better. When I visit him, he always explains what he has "made" that week. He also always gives me a taste of something delicious he and his mom made and I describe the flavours to him in all their detail and explain what I liked or disliked. Afterwards he gives me recipes and instructions so that I can prepare those dishes at home. He teaches me more about cooking. Sharing this passion with him is one of the most beautiful things I treasure about our friendship.

Someday I asked him what he thought was the worst thing about his illness and what he could no longer do, he said that he could no longer eat. But that he gets the greatest happiness from serving food to our group of friends and seeing how other people enjoy food that he has chosen. All he wanted for his birthday was for us to enjoy a four-course Japanese menu that he had chosen/made for us.

I tell this story because I think it is a good example of how food and cooking can play a different role in people's lives and that is precisely the strength of this film for me. This film is about the importance of food and how the connection with it differs from person to person. It tells unique stories. I have never seen something like this on film before. This film is a perfect culinary mix: differences in food customs worldwide are covered, the role food can play for young and old, rich and poor, the healthy and the sick, man and woman. Sometimes it even gets spicy with how food can be like a sensual game. On top of that, the director shoves a glass of strong sake under our noses to make us question our food consumption in society. All of this is dipped in a delicious soya sauce of humour. Camera work that bubbles as brightly as the boiling water for the noodles. Colour combinations that only a star chef can conjure up on your plate. Plus a cast that only belongs in a five-star restaurant team, with for me Tsutomu Yamazaki as head chef who steals the show. It is entertaining from the starter to the dessert.

When Tampopo's blissful laugh appeared on the screen when all the men have swallowed their last sip of the ramen and she knew it was finally good it reminded me of when I ate ramen at my friend’s house from his own recipe. He could never taste it. But when I enthusiastically told him of all the different delicious flavours, it put a big smile on his face.

I would say this film is umami.