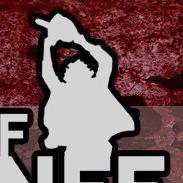 Writer for Dark of the Matinee. Member of the Phoenix Critics Circle.