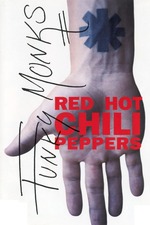 The last Chili Peppers album I bought (like, physically purchased) and listened to start to finish was One Hot Minute in the fall of 1995. Blood Sugar Sex Magick was an album that literally changed my life when it came out. It inspired me to start playing the bass and reordered my concept of what a popular rock album could be.

Jane’s Addiction’s Ritual De Lo Habitual had a similar effect on me and seeing them live on the inaugural Lollapalooza tour was transformative. I was extremely excited for Dave Navarro to join the Pepper’s ranks, and on paper he seemed a perfect fit. But One Hot Minute didn’t have that spark that Blood Sugar had. It had some great tunes, but it just didn’t come together like its predecessor.

I was aware of the seismic pop culture impact albums like Californication had, but apart from hearing the ubiquitous singles played around the clock on the radio, I never engaged with the album. It wasn’t an artistic entity to me, it was pure product. Soulless pap. I was too wrapped up in my own band’s run at it to care what the established old guard were doing in their late 30’s. I so lost track of and interest in RHCP, I didn’t even know that Frusciante left a second time back in 2009.

Thanks to the internet, I became aware they were releasing a new album (Unlimited Love) and that Frusciante had returned (again) to the fold. I’ve been wallowing in nostalgia for some time now, musically speaking, so I decided to give it an open hearted and honest chance, despite having sort of come to despise everything the Pepper’s had come to embody for the last 2 decades.

I’ve been listening to it all week and you know what? It’s really fucking good! These 52-60 year old men have largely recaptured their uniquely inimitable blend of white boy funk and achingly melodic emotional honesty. I don’t know how long I’ll be listening to it as my investment in a newly released album hasn’t lasted more than a couple weeks at a stretch ever since streaming services became how I ingested music. I used to drive around listening to a tape or CD of a release for MONTHS. It became the soundtrack of my life and by extension, the life of my friend group.

Getting old sucks. The physical aspect is its own tortuous misery, what with the aches and pains and receding hairline and uphill struggle to keep the pounds from piling on. But my Great War is a spiritual war. My Great Depression, is now my life. I don’t have a friend group. I don’t hang out with anyone outside my family. I don’t drive around in the summer thinking about girls I’m crushing on with the windows down and Sunny Day Real Estate blaring.

I’m out of touch. If there’s a unified musical culture these days, I’m not aware of it. Rock is dead as fucking…dead. Replaced by narcissistic assholes like Kanye West or dudes so narcotized they barely seem capable of having an emotion, let alone expressing it through song. The musical guest on SNL is my conduit to what’s new and popular these days and it all seems like garbage to me. Aggressively plastic caricatures of femininity and rappers who don’t sound appreciably more accomplished than the Pete Davidson parody numbers.

My younger followers are no doubt rolling their eyes, But just remember what Abe Simpson said. “It’ll happen to you.”

I don’t know what I’m saying anymore. I’m just glad Frusciante is back. He’s mellowed considerably, but that’s a good thing. It’s much better to age gracefully than to put out a grating, obnoxious attempt to recapture your youth like Metallica did with Hardwired.

I listened to the entirety of BSSM for the first time in ages last night. I can’t believe Frusciante was only 21 when they recorded it. One of the most preternaturally gifted guitarists of his generation. Just listen to the restraint he uses on his phrasing in The Righteous and the Wicked. His mastery of tone and melody. That album is still so vital and exploding with creativity, it puts most everything released these days to shame.

I’m eternally grateful to have experienced my teens from 1990-1996. Those are the years that music means the most to you and I had a doozy of a run with some of the greatest, most lasting and important rock and roll the genre ever produced. Jane’s, Alice In Chains, Ministry, Morphine, Soundgarden, STP, SDRE, Helmet, Nirvana, Primus, Faith No More, Beck, Deftones, Clutch, Pearl Jam, Smashing Pumpkins, Pantera, Type O Negative, Tool and many more all released legendary albums during that span of time when I was aged 13-23. I hate to be that old guy saying things suck now compared to the old days. But they do. They really do.

I saw Rage Against the Machine live twice before Evil Empire even dropped. The first time at Lollapalooza 93, the second at an intimate First Avenue gig where Zack read from a Noam Chomsky book for like 25 minutes. I found it irritating and silly at the time, but looking back, god am I glad I was there for that. That meme joke about nobody having phones and all of us being present in the moment? Yeah, that’s a real thing and we’ll never get that back in society.

I don’t know. I’m bummed out with where it’s all heading. I’m just gonna listen to THIS and stop gripping the wheel so tight. Set myself adrift on memory bliss and steer into the skid of tuneless disconnect. Maybe check out that Wet Leg everyone is talking about.