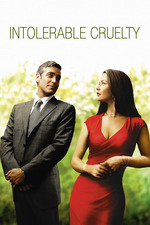 *I recently acquired Adam Nayman's book The Coen Brothers: This Book Really Ties the Films Together, wherein he examines each of their films from 1984 to 2016. As they are my favorite filmmakers, I will be reading a chapter at a time and watching the accompanying film. Whenever possible, I'll try and recount my first viewing.

Man, I am loving this Coen journey. Sometimes, like in the case of numbers 9 and 10, I had only seen the films once, so a revisit was in order. I distinctly remember returning to the theater for this one, and it was a good date movie with my wife. But aside from a few select moments and Wheezy Joe, nothing else was sticking out, making this feel like totally discovering something new.

You know what? This is better than it gets credit for. Honestly, an average Coen movie is, to me, better than the best efforts of other directors, so maybe I approach these watches with too much bias, but either way, I had a good time with this one, and there was more under the surface than I probably realized when I was twenty.

Clooney and Zeta-Jones are the true star couple the Coens had never had in previous movies, no doubt thanks to the massive success of O'Brother. I loved how Clooney's obsession with keeping his teeth white hides his shame over what a shady, despicable person he can be. It speaks to not only his absurdly good looks, but willingness to embrace the goofy side the brothers helped to unlock. Zeta-Jones has never been a favorite of mine, but she is perfectly cast here, and makes the most of her scenes with Clooney, and the chemistry is notable.

Naturally, there are a variety of colorful and wacky characters around (Heinz, the Baron Klauss von Espy anyone?), some with allerative names, and mile-a-minute dialogue. And yes, it's worth noting that they didn't write it all themselves which may be why it's not as laugh-out-loud funny as previous works, but most of the humor still works and helps to maintain enough of a tone that when it gets serious, it's a clear change of pace.

It's not only a really good satire of greed by way of relationships and how personal gain can trump feelings, but it's a rock solid send-up of the screwball comedies of old, the kind of movie that found reasons to split a couple up just to bring them back together and send the crowd home happy. The Coens continue to prove that they fully understand their influences and how to pay tribute to them in their own ways, and it's fun to study.

Another thing that's fun to study? Roger freakin Deakins. This movie may not come immediately to mind in his immense filmography, but he achieves some great shots here. Look no further than the amazing scene of Marilyn and Miles at dinner, bathed in soft yellow light, averting their eyes from each other with their hands just out of reach from the other. The yearning in that moment is palpable, and the composition Deakins constructs does so much to sell this idea.

Also...did that ending give anyone else a little bit of Network vibes...? Or is that just me?