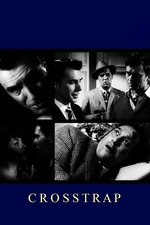 A writer and his wife look forward to a vacation in their honeymoon bungalow, but are caught between rival jewel thieves in this British crime drama directed by Robert Hartford-Davis.

This film was the directorial debut of Robert Hartford-Davis and it was adapted from a novel by John Newton Chance.

The movie also did cause a stir at the time of its release for the way its violence was shown on screen – it was considered to be graphic. It was also on the British Film Institute’s Most Wanted 75 films list that was issued in 2010.

The film sees Gary Cockrell and Jill Adams give OK performances in their respective roles as Geoff and Sally, husband-and-wife who rent a bungalow in the countryside to enable Geoff to get his book finished without all the distractions of London.

However, when the two arrive at the house, they are absolutely horrified to discover a dead man in the property and find themselves unable to report what has happened due to the presence of a gangland boss.

They could have given better performances by showing more determination in trying to find out what happened to the man who they found dead on their arrival.

The direction from Davis is OK but it should have been better, such as showing more determination with the characters and allowing more facial expressions to be shown to a strong effect – this doesn’t happen much, while the script is written to an OK standard by Philip Wrestler as it is weak in places and there are scenes that did not need to be in the final edit, so it’s probably just as well this films runs for just over an hour.

Overall, a weak script and OK performances means you won’t be trapped into watching this film again.