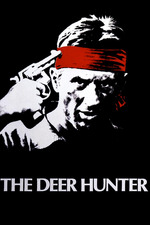 Not my favourite war film by a long shot but it had the most real performances I’ve seen in a while, those Russian roulette scenes are incredible.

This was the earliest role of Meryl’s that I’ve seen, and I couldn’t believe she’s as great in this as she is now, so many decades later.

But unfortunately for me, The Deer Hunter was ultimately more a collection of a few great scenes than a great movie.