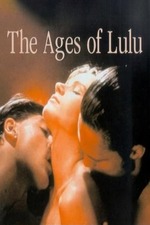 Lencho of the Apes’s review published on Letterboxd:

Digs deep into pansexual Eurocore, but for a movie that's ostensibly about a woman's awakening to her own transgressive sexual autonomy, it sure does pander to a male audience's fantasies. Lulu's quest for kink is okay as long as it's being molded and directed by her husband's guidance, a man who takes pleasure in it and can manipulate her toward the things that get him off (and who has a pretty shaky grasp of the concept of 'consent')... but when she dumps him and strikes out on her own, she gets in over her head and puts herself into a life-threatening situation that he has to rescue her from. You know she's in danger because OMG fisting and OMG animal cosplay and OMG.

It's not even polyvalent like a problematic/intriguing 'good' pinku, it's just skeezy and objectionable; I can't find any way to approach it that doesn't make it look rotten with cishetmale privilege.

Recommended with reservations for MK's eurotrash watchlist, though. And I wonder how the cuck-theorists on reddit would approach it.

PS: Every problem I had with this movie would be resolved if it had been the story of Lulu's gradual recognition that she was an FTM transsexual. Around the 2/3 point, where it really started going to shit, would have been the place where she actively started transitioning; problem solved, yo.

Lencho of liked these reviews

Lencho of is using Letterboxd to share film reviews and lists with friends. Join here.