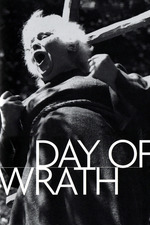 This movie built up quite well, with the ominous overture, the severe, scolding old Danish women, the high key lighting typical of Dreyer, the puritanical religious guilt, along with the imagery, tones, and punishment/tortures (Dreyer is really good with burning at the stake scenes!), and a scandalous relationship at the center between the clergyman’s stepwife and son.

However, the ending was a disappointment. One would think that Anne would’ve tried harder to not get prosecuted by the angry old people.

This could totally be remade today as a titillating horror suspense/exploitation thriller. Verhoeven could be good for this remake. Or Roman Polanski. Interesting take could be from Park Chan-Wook.