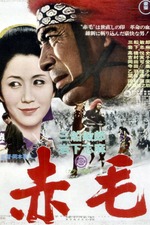 Mixed opinions. Contrary to some of the other takes on here I think this is one of the best performances Mifune has ever put on. The brash, swaggering, but self-doubting simpleton protagonist feels like a natural extension of his best historical roles, and he plays this character excellently.

The opening 45 minutes are spectacular, and legitimately funny. Unfortunately the comedic tone is dropped by the second act, which meanders on a bit longer than it should. Pretty standard fare in terms of cinematography and music - not bad, but nothing noteworthy. Great costumes, good sets.

Solid supporting cast, but towards the end I found it difficult to follow their thought processes at times. Even as somone reasonably familiar with the Meiji Restoration I thought the plot was needly chaotic and unfocused.

And who knows, perhaps that's what they were going for - a messy regime change compounded by a governmental misinformation campaign and a maverick peasant elevated to deity-status is never going to be easily condensed. Ultimately the cynical message I think the film tries to convey is a bit more tame and drawn in than I'd hoped for. It's a good message, but the themes aren't as deep as some people on here make them out to be.

As someone very into Mifune, visual comedy, and this era of Japanese history, I enjoyed this. I just don't know if I would recommend it.